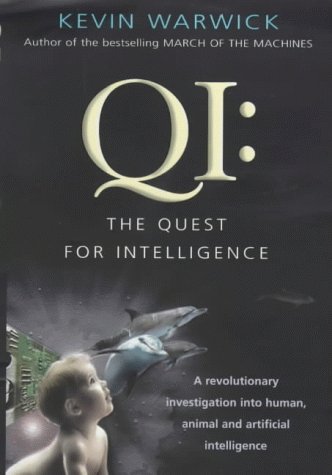 We test intelligence by measuring individual performance in certain key areas. But who decides what should be tested and why?

Our decision about which skills to test is highly subjective, based solely on abilities valued by certain people, in certain cultures. But why should the ability to identify different types of snow, or track prey over vast distances, be valued less highly than knowledge of European history or applied mathematics?

We are entering the new millennium with a system of intelligence testing which we think can evaluate everyone, regardless of sex, race, creed, age and culture. We apply our own standards to other cultures, other species, and even to the machines we create, and we find them wanting.

But our growing understanding of the extraordinary abilities of animals in areas in which we cannot even hope to compete, coupled with the current race to produce new technologies which far outstrip the boundaries of human achievement, calls for a new definition of intelligence, and a new method of testing it.

Dr Kevin Warwick has conducted a revolutionary investigation into the problems associated with conventional, “subjective” IQ testing, and into the nature of intelligence itself. He has devised a new way of comparing not only person with person and culture with culture, but also a system that unites human, animal and artificial intelligence for the first time. The results will astound you.